Last year I analyzed 5 charts for draft prospects and wrote about the order that I believe they should be drafted based on their astrological natal charts. This year I’m going to do #1-5 and in the order I would draft them based on their astrological charts. This list of 10 names I took basically by consensus looking at various mock draft sites, and picked the top 5 I thought would be the best choices.

Astrologically these two are very similar,  Shabazz was born the day after Burke ( November 13th, and November 12th 1992 respectively). Trey Burke’s Moon looks like its in Gemini while Muhammad’s appears to be in Cancer. I don’t see either one of these two as standouts. Trey appears to be more of a cerebral player, which will help him at point guard. Shabazz would make a good back up SG.

With Nerlens having his Sun,Moon, and Mercury placed in Aries, I see a straight forward energy. Mars being in Pisces trine Pluto, I see passion. To me he will be a good Joakim Noah type player , someone who can do a lot of dirty work and bring energy. Mars in Pisces to me is a question mark. I can see him disappearing from games and inconsistency.
#3 Ben McLemore  SG
20 years old; 6’5″; 189 lbs.
Kansas, Freshman

I see Ben McLemore being similar to Stephan Curry,  skilled shooter with a good motor. Mars and Venus in Capricorn sextile Pluto in Scorpio tells me he will be a hard worker I don’t see that as a problem. The lack of fire and water may be an issue. The lack of fire, charisma and playing when the chips are down he may just become disinterested in the game. Lack of water, his feel for the pulse of the game and instincts may work against him as well. Sun and Mercury in Aquarius squaring Pluto, he will have some real  issues with an intense  dominating personality for a head coach.
#2 Alex Len C
19 years old; 7’1″; 255 lbs.
Maryland, Sophomore

Very similar to Otto Porter. Gemini Sun, Mars in Leo square Pluto in Scorpio.  Athleticism and skill . I think he may have to combat becoming lazy though unlike Otto Porter. With his Moon and Venus in Taurus he may become comfortable just coasting. He should become a solid Center though.
#1 Otto Porter SF
19 years old; 6’9″; 198 lbs.
Georgetown, Sophomore 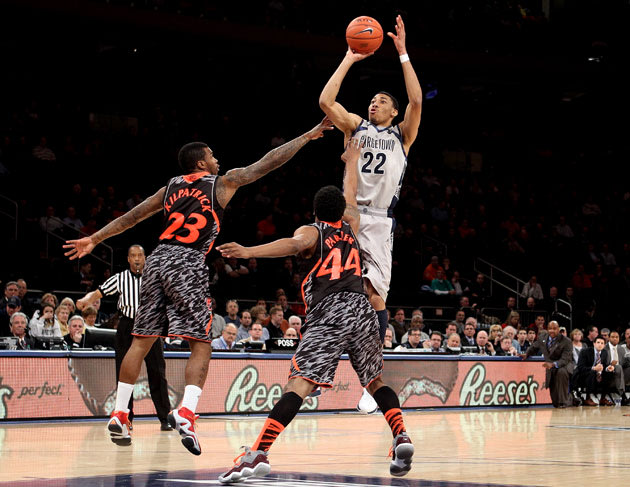 To me this is without a doubt, who should be picked first. Gemini sun (players with great touch have Gemini placements)  . Venus in Aries trine Mars in Leo indicate great athleticism. Mars in Leo square Pluto in Scorpio indicates someone with heightened willpower and explosiveness.  Seems to have the highest potential to be an outstanding player. Issues I’d be concerned about would be having a coach he doesn’t really respect. Also having anger issues off court that could derail him. He’s going to need a strong coaching staff that is willing to put up with out bursts. But I believe with his Moon squaring Saturn and possibly conjunct Pluto, he will be a hard worker. Again, he will have to work on not alienating teammates and coaching staff with an attitude.
Who else do you think is worthy of a high pick? Let us know and we’ll take a look.
Tweet
Pin
Share
Share
Buffer
0 Shares

How I'm hedging against the comin …by Seth Morris4 days ago

How I'm hedging against the comin …by Seth Morris1 week ago