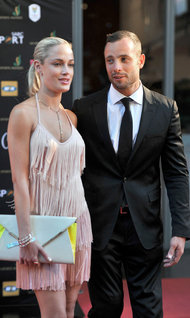 This is the amputee Olympian Oscar Pistorius in case you haven’t heard of him before. When I first heard about this I thought “Plutonian” or Scorpio native. Sure enough when I looked up his chart I found he is indeed a Scorpio. Scorpio Sun ,Mercury, Venus. Moon in Leo, Mars Aquarius. The big ones are Moon square Pluto, Moon square Venus, and Venus conjunct Pluto. These are all aspects where violence and control with women can be a problem.

Most recent notable people with hard Pluto aspects that abused/murdered their GF/wives have been Jovan Belcher, the football player who killed his girlfriend then himself. And Chris Brown who has multiple inner planets in Taurus opposition to Pluto and been accused of abusing his girlfriend Rihanna.

All the people I’ve named here are fixed signs. Taurus and Scorpio planets see their significant others as possessions. Those signs rule over the 2nd house (personal possessions) and 8th house (others possessions). Jovan Belcher was a Leo which doesn’t like change as a fixed sign.

I’ve located Reena Steenkamp’s birthday. August 19th 1983. This puts her Sun and Mars in Leo. Moon in Capricorn, Mercury and Venus in Virgo. So we see this strong fixed Leo energy clashing against Scorpio, Aquarius in Oscar Pistorius’s chart. Add in transiting Saturn in Scorpio which is a very unfavorable position for Saturn and you have a fixed mess.

Comments and observations from Facebookers

“Transiting Saturn is conjunct his MC (loss of reputation and prestige), conjunct his Mercury (ruler of his 5th house of romance and 8th house of death), square his Ascendant (turning point in one’s life, depression). Apparently, there were previous domestic disturbances. They’ve apparently only been together since November!! Saturn in Scorp has been really messed up so far..”

“The whole Venus conj. Pluto, moon sq. both = inability to maintain control/manage conflicting emotions regarding women and sex; love and possession are the same. once “claimed”, the other party really doesn’t have much of a say in how they choose to direct their own lives. also, they are not able to verbally communicate their need to be #1 in all aspects of the relationship – unhealthy controlling, domineering to an extreme if felt challenged or threatened ego-wise or emotionally. their partner must “pick up” on these needs and act accordingly. intense jealousy confused as being loving.”

“it was his moon in Leo and Venus in Scorpio that found her irresistible. attracted to her feminine magnetism, yet believed she should be second, not first, once partnered.“

“I bet they enjoyed an abnormally rough, degrading sex life but when its over..back to the arguments”

“Mars square Pluto, Sun square Pluto by sign , Mars square Sun . Her moon is in Capricorn and Venus in Virgo though. Story of two people with conflicting male vs female ideals.”

Fixed squared are the toughest to sort out especially with such strong willful energies like Scorpio and Leo. Tragic ending for such a short relationship (November it began).

Feel free to add on your 2 cents, any questions or comments. If you’re from South Africa and know anything please do add on. Thanks

I’m an astrologer who hates presidential predictions, here’s why